Sapa Pilgrimage In The Spring

In Vietnam, the spring is the season of the festival and this is when to visit Vietnam, so whenever the spring comes, the people from all over the country come to visit the festivals to have fun and pray lucky for the family and lovers. Sapa is a place having many temples, so Sapa attracts many visitors here to pilgrimage and witness the landscape. Here are the sacred temples you should consider to visit Sapa in the new year.

It is 70 km from Lao Cai city, Bac Ha town is a familiar destination with many historical relics and special culture. Bac Ha temple was recognized as a National Cultural History Monument in 2003. 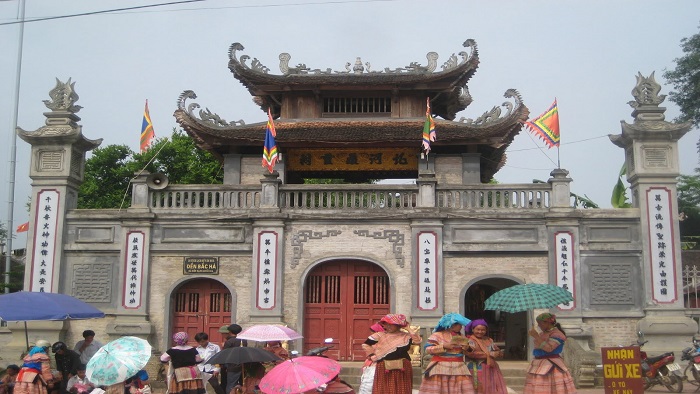 Thuong temple is located in the center of Lao Cai city, where is the crossing of Nam Thi river and Red river. The temple was built to worship Tran Hung Dao who defeated Mong-Nguyen invaders under Tran dynasty.

Historical relics of Thuong temple is combined with the natural landscape, it is lied on the road connecting the economic corridor of Con Minh - Lao Cai -Hanoi - Hai Phong. So it not only plays a strategically important position in economy and defense but also is a special mark on culture and national history, affirming the national territory and sovereignty of the Vietnamese people.

At the beginning of the year, the tourists not only admire the majestic appearance of the temple where worshiping Holy Tran to show the gratitude to his merit but also be merged with the happy atmosphere of the festival with many cultural activities.

The festival of Thuong temple is held annually on the mid-autumn day of the year with many activities and traditional rituals of Vietnamese people. 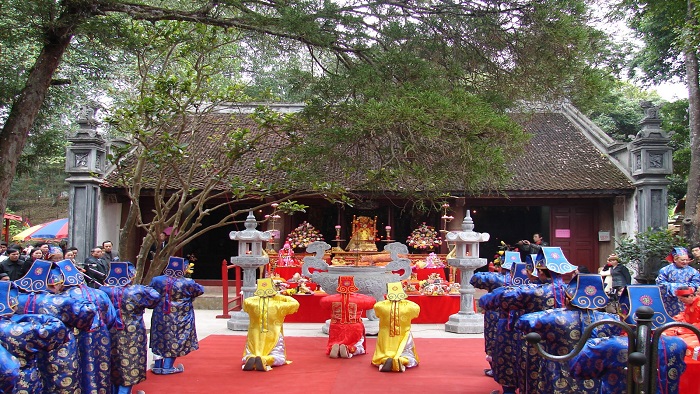 The Holy Mother temple was built in the 18th century at the border of Vietnam and China, near the border gate of Lao Cai, this temple used to be a mark to know the very first point of where Vietnam is located on the map. Nowadays, it is located in the center of Lao Cai City, Vietnam. In the past, it was a small temple on the edge of the Red River and Nam Thi River. After the reconstruction, the temple is now spacious with 9 chapels.

Under the feudal dynasties of Vietnam, the temple was rebuilt three times, its architecture also changed Vietnamese architecture through the periods of history. The god worshipped here is the Princess Lieu Hanh who is one of three biggest gods in the cultural beliefs of Vietnamese people. In addition, this temple worships the other Vietnamese gods such as the Emperor of the Holy, Hoang Bay, Hoang Muoi, Quan Lon Thu Den, and De Nhi Son Trang.

The main ceremony of the year is the Princess Lieu Hanh-Mau de Nhat Lieu Hanh, which is celebrated on March 3 of the lunar calendar.

Hai Co Temple is located in Chieng On village, Cam Duong commune, Lao Cai city. The temple has a nice location looking out a green streamline and backing on the green mountain. Hai Co Temple is also known with the other name as the "Co Doi" Cam Duong temple.

In the past, Lao Cai was a busy trading center between the lowland and the highland region. At that time, there were two young girls from the village of Dinh Bang - Bac Ninh going to the cloth trade. Two girls often appeared in the village of Chieng On to trade cloth and help the local people. However, one day Chieng villagers discovered that two dead bodies drifted to the village and they built up a shrine to worship two unlucky girls.

Since setting up the temple, the village is safe and the harvest season is flourishing.

Through the ups and downs of history and the destruction of war, Hai Co temple was rebuilt so many times and now it becomes more spacious. Like other temples, Hai Co temple performs several main festivals such as the Thuong Nguyen Tet Festival held annually on the 10th of January in the lunar calendar. 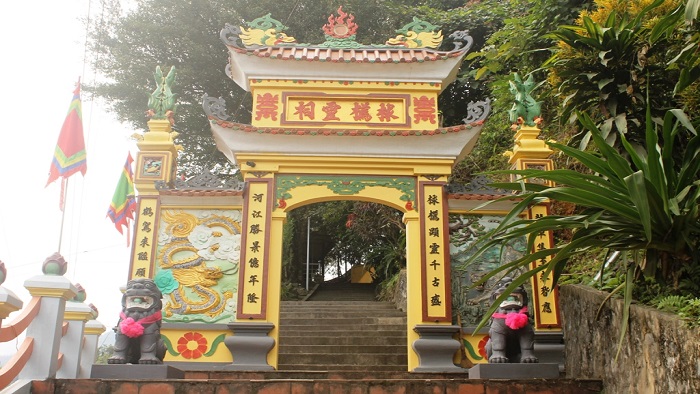 With the destinations we suggested, we hope that you have the most meaningful pilgrimages at the beginning of the year in Sapa. If you have any questions, please contact us to get more information. Have a nice trip!

NAVIGATE Sapa Pilgrimage In The Spring