Ao ba ba - the beauty of the South

Ao ba ba is popular clothing in the countryside of Vietnam, especially in the South. Therefore, it doesn’t know since when that the ao ba ba has represented the hearted, gentle, and rustic beauty of the Southern women.

Ao ba ba - looking back to the old

Back to history, finding the early Southern land is also looking for the background of the ao ba ba. Unlike the Northern people wearing skirts, “ao yem” (camisole) or “ao tu than” (four-part dress), etc, the usual dress of the 18th century in the South were shirt and pants. Later in the 19th century, there was an essential improvement in the first outfit into a different one that is still popular now - ao ba ba.

It is also said that the ao ba ba has been adapted to the dress of the neighboring countries through the cultural exchanges. Specifically, it is the costume of the "BaBa" - a Chinese group living on Pinang island of Malaysia today. Generally, we must always affirm that no matter where the ao ba ba comes from, this dress along with “khan ran” (camouflage scarf) and “non la” (conical hat - a Vietnamese farmer hat) has combined into a unique symbol for the spiritual and cultural beauty of the Southern women in particular and Vietnamese women in general. 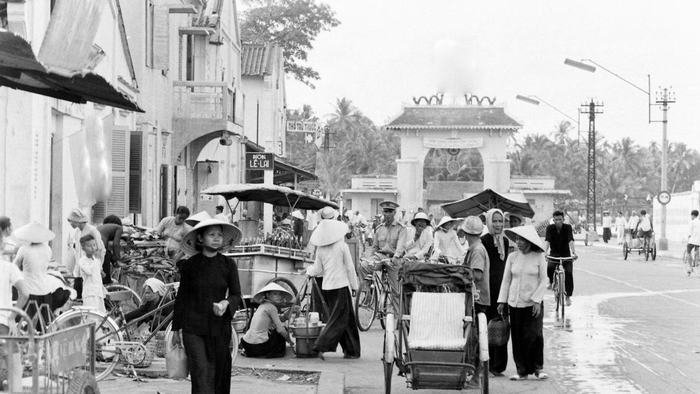 Ao Ba Ba in the past

The honest, simple, and rustic Southern woman
We can see them - the ingenious girls of the South are in the field, or the boat flowing over the coconut palms. The wind blows the dress slightly on the bamboo footbridge fluttering, and in the sound of the rhythm. Not as popular in the world as the ao dai, but the ao ba ba is also a part of the soul creating the soothing, gentle, and valuable appearance of the Vietnamese people.

The heroic children of the homeland

The ao ba ba is the symbol, the soul, and the crystallization of the motherland. In other words, it is the soul of Vietnam experiencing hundreds of years of exploring the Southern land. From a long time ago, the ao ba ba went to war against the enemy, protected the peace for the country with Mrs. Dinh, Mrs. Diem, and the long-hair army in the Dong Khoi movement, making the melodious song: "The ao ba ba on the green river/ Sailing a small boat to flow/ Flickering a conical hat over the evil/ Hau Giang, you’re still beautiful through thousand years.”

There is a variety of indigo, brown ao ba ba absorbing sweat and blood of the Southern heroes who fought and sacrificed for the country. The image of mothers, sisters in the ao ba ba will always be beautiful and shining, weaving the heroic history of the nation.

Compared to other traditional costumes in both domestic and foreign countries, perhaps the ao ba ba is the simplest outfit. This humility is in line with the viewpoint of the Vietnamese people who always appreciate simplicity and modesty. It is the humility that has waved the gentle and polysyllabic symphony, connecting the past and the present. 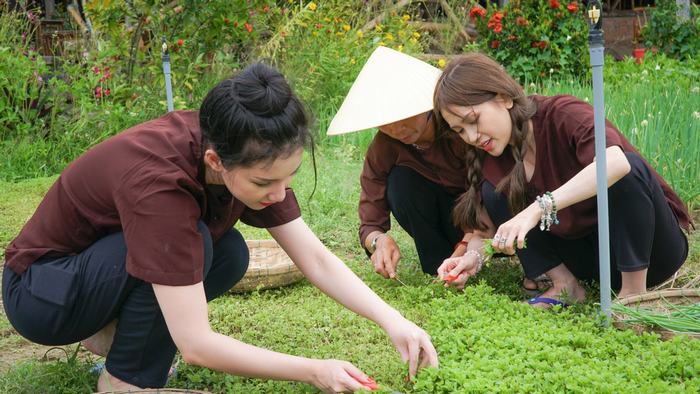 The look of the modern ao ba ba

Over time, the ao ba ba has been modernized to fit the movement of the body as well as the change in fashion thinking. The traditional ao ba ba is improved fashionably that are both national and modern. Older dresses were usually dyed black, brown from leaves, phloem, or fruits. From the original black ao ba ba, from time to time, preferences and habits have gradually changed, it was further enriched with all the chords of color, texture, and pattern.

Moreover, the current ao ba ba is not as straight and loose as the old ones which are highlighted in the waist and chest, embracing the body. The various types of shoulder, wrist, and hand are created, and some styles of lotus collar, swallow wings, etc, are derived from foreign clothing.

The button of the ao ba ba also has been varied and renovated through each stage. In the past, traditional buttons were snaps, but now, different kinds of buttons have been created to add more styling to accentuate the accent of the dress. Various designers have dedicated themselves to the art, wanting to inherit and develop the tradition of the costume to successfully create the improvement and breakthrough, making the ao ba ba lives not only on the fashion stage but also in the modern life with other continents all around the world. 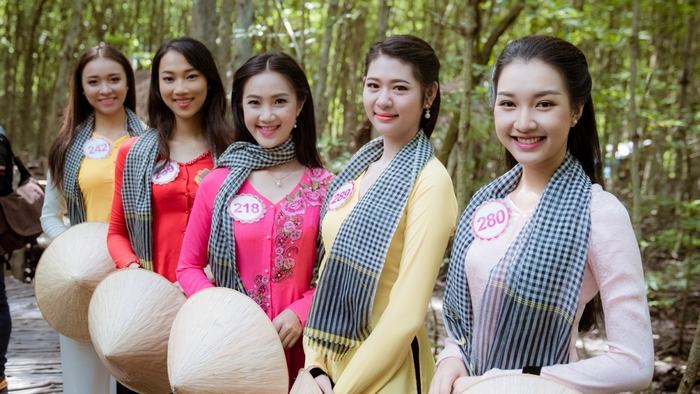 Traveling with a Vietnam group tour, especially the Southwest tours, tourists will have an opportunity to have the unique experience in the villages, canals, or the coconut, grapefruit, and orange gardens with the ao ba ba.

Experiencing many stages and ups and downs in life, the ao ba ba now still brings the rustic beauty of the Western and the gentle yet seductive beauty of the Southern woman. If you’re considering where to go to Vietnam, let’s try “one day as a Southwest” with the dress. Please like and share this with others if this is helpful for you. Thank you.

NAVIGATE Ao ba ba - the beauty of the South