From the past of wars and struggles to modern life, architecture has always been present as witnesses, stamps through every stage of Vietnamese history, reflecting a part of Vietnamese culture through periods.

Vietnam architecture develops differently in each stage of time. From the Hung Kings dynasty, many forms of citadel, tombs, strongholds, folk houses were built. In the 10th century, people use wood as the main material to build houses to prevent wild animals like tigers or wolves. You can see them at the Hung Kings Temple Festival in Phu Tho every Lunar March.

With the topography of many lakes, wetlands, humid tropical areas, the building materials are mainly from wood and bamboo. This has led to the form of stilt houses on piles. This type of architecture exists today in the mountainous and Midland area. 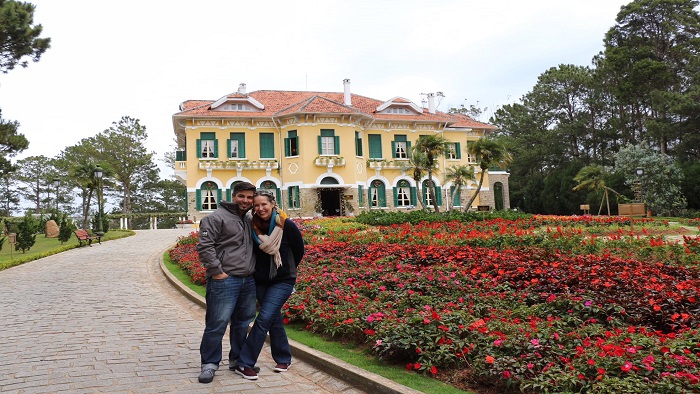 In the 11th century, during the development of a unified feudal state, the Ly dynasty created new changes for the ancient Vietnamese architecture. In general, the architecture under this reign formed five main styles: houses, pagodas, palaces, castles, and citadels.

The feature of architecture under the Ly dynasty was high residential complexity, architectural forms and details expressed in roof architectural elements, doors, balustrades and statues, patterns of decorative brick and tile, gentle styles are suitable for the tropical climate and folk customs.

Street houses, markets, houses and stilts in the field of folk architecture developed in parallel with the royal architecture.

The structure and layout of Pho Minh pagoda can serve as a model for an architectural style in the Tran period as well as in the next stage. The building had three main blocks: Tien Duong, Thieu Huong, Thuong Dien. The four-columned structure house is very popular and solid. Patios, gardens, ornamental plants played an essential role in expressing the oriental space concept

The palace architecture at that time had staircases and a corridor that connected the house to create an open space system necessary for the activities of people.

In the 15th century, the two main types of architecture were royal palace and tomb. In the 16th and 17th centuries, religious architecture such as temples, pagodas and communal houses had new achievements. But Thap Pagoda (Bac Ninh) is a sample for pagoda architecture, tower construction, and statue decoration.

In the 18th century, the art of building temples and communal houses continued to be pushed to a new level. Two pearls of architecture at that time were Bang communal house and Tay Phuong pagoda. 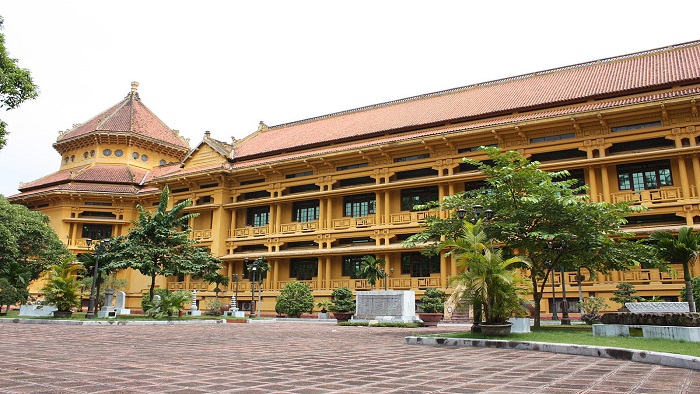 At the beginning of the 19th century, the construction activity in the North was slowed down because the citadel of the Nguyen dynasty moved to Hue. In Thang Long, you can join Hanoi day tours to admire some cultural buildings such as Khue Van Cac, Ngoc Son Temple, and some new residential areas were built.

At that time, the center of architecture was Hue with mainly of citadels, palaces, and mausoleums. Vietnamese culture in Hue became richer with garden architecture, different from the architecture of the tube house in Hanoi.

Hue architecture is considered, to sum up, the traditional Vietnamese architecture of the surface, structure, urban planning, interior decoration, and landscape style.

At the end of the 19th century, Vietnamese modern architecture embodied the incorporation of European urban planning and construction and the exchange of French and Asian cultures.

From the reunification of the country (1975), Vietnamese architecture has developed quite strongly. There are a lot of new urban areas, industrial parks, residential areas, and villages. There are large and high-value architectural works of art.

In general, modern Vietnamese architecture consists of four major areas: architectural design, interior design, urban planning design, environmental design, and regional planning. The problems of urban spontaneous development, the conservation of architectural monuments in the context of the market mechanism, the strategy of housing construction are now urgent issues that need to be resolved.

Nowadays, ecological architecture trend has appeared in Vietnam for the last 10 years with the aim of bringing architectural works associated with nature, integrating with the basic characteristics of nature, utilizing natural energy, minimizing pollution. Thanks to the organic attachment to nature, Vietnamese ecological architecture easily creates their own unique because natural conditions in each country have their own characteristics without duplication.

In general, Vietnamese architecture has changed markedly in each period, which is reflected in the ancient or modern works. Visitors to Vietnam can easily learn about architecture through Hanoi city tours to understand the architecture of ancient Thang Long or join in Vietnam group tours to see the whole architecture.

NAVIGATE Vietnamese architecture through the periods of history